Can you learn guitar improvisation?

I remember my first experience with improvised music quite well. It was the first time I took part in a highly popular music workshop, with guitar classes led by Marek Raduli. 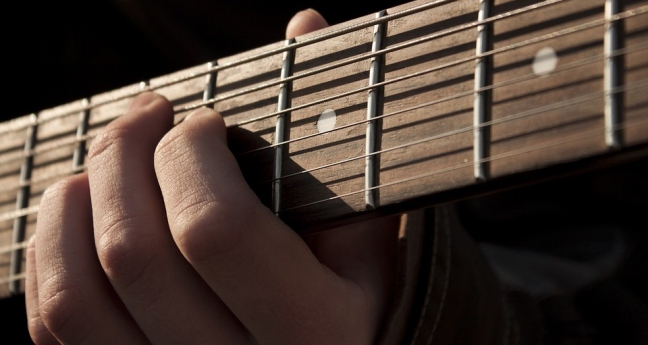 For a few days he was teaching us all the theory on harmony and scales, what was supposed to later help us during evening jam sessions, and the final concert. I quickly realized I was the weakest link in the group – I didn’t know a thing, and the specialist terminology didn’t help a thing. But I had to manage somehow.

Why do I write about that? I’m convinced it might be similar in your case, and that you’re probably skeptical about being able to improvise freely. Most people tend to believe that this art is saved for just a small amount of remarkable musicians, which were probably born under a lucky star. I’ll start off with an advice to thoroughly turn off this way of thinking in your head, and let’s start fresh.

It’s impossible to learn to improvise
This sentence surely sounds weird after the introduction I’ve just done before just a second. However, it’s important to set some things straight right from the beginning. In my opinion, music is some sort of a bridge between the worlds of the material and the metaphysical. Somehow, we can easily attribute most of what we do in music to logical music theory. On the other hand though, a lot of the things are left without the answers and any rationality.

You can’t learn how to improvise, similarly as to you can’t learn how to write pretty poems. Yes – there are sets of specific rules, mostly basing on great pieces of art and great musicians, but following those rules blindly won’t make you succeed in making it on your own. That’s why not every scholar on philology will be able to become the next Adam Mickiewicz. The role of a modern improviser lays in examining the core of the musical language, but also in filtering it through their own individuality and emotions. I’ll help you out in just a moment with your first task, however, the second task I’ll mention, is a life-long challenge for every musician. To paraphrase a quote by Charlie Parker, learn the rules, break them, and then essentially, forget about them. 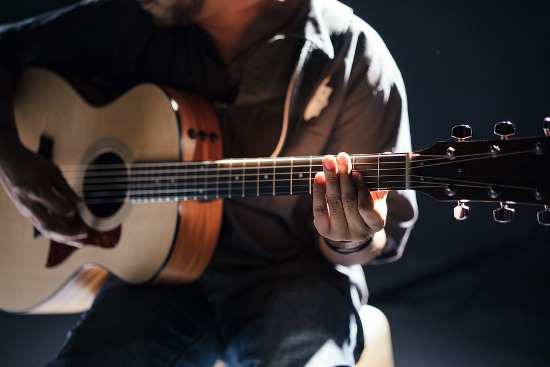 Become a traveler
Improvisations is similar to a somehow racy and spontaneous travel. No matter where could you plan to go, it’s always good to have a map. That’s also how you can treat the rules on improvisation. Thanks to them you’ll be able to determine the right sounds fitting to a given chord, or things like chord progression. This kind of knowledge will let you to not only stay on the right path, but also to get back on it if you lose yourself. What’s more, with a good map it’s easy to map out a few more alternative options. Within improvising it can lead you to use a variety of different paths and sounds, and even the longest journey begins with a single step. The question is, how to make it?

Just try
I know it’s easy to fall into a trap of over-perfectionism, that’s why you should remember, that the reason in every exercise you do, is not to prove the world that it got the next Jimmy Page. Rather try to experience what happens with you and around you while you play, focus on your feelings and emotions. For me the first time in finding that in my playing was really magical. Don’t miss that!

I’ve mentioned a map that can help you plan your travels. Today I’ll provide you with such a map within music. It will show you the right paths upon the foundation you’ll find below. Your only task is to experiment.

But how?
Try to get familiar with the map. We’ll not be using any specific names and terminology. Just put some trust in it – these are the right notes. Start off with playing them upwards, then backwards. Put emphasis on your rhythm and the length of the notes you make. Repeat it until you’ll remember this formula. 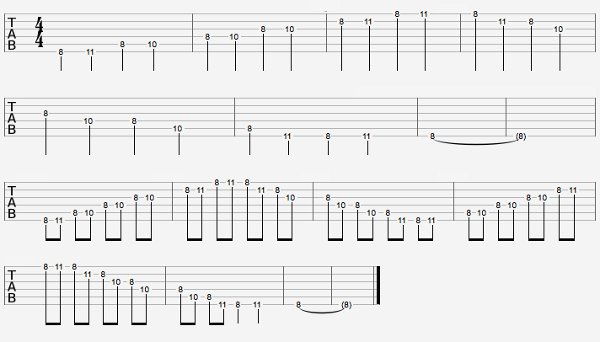 My aim was to encourage you to discover the amazing world of guitar improvisations. Despite the popular belief, it’s not a skill reserved for the elites, and the vast majority of us is capable of having fun with it. If this article persuaded you to give it a go, don’t forget to let us know how did it go in the comments, and more importantly, if you liked it! Good luck!

Dunlop BL100T.073 guitar pick set, Alan Forbes′ career has been spent as one of rock′s most in demand designers of concert (...)

Fender Strat switcher end, Fender company needs no introduction and it is obvious that this legendary producer of fantastic guitars and (...)

Ibanez 2ZR2-BB Ibanez is a leader in guitars and guitar accessories production. Their products are made in cooperation with the greatest (...)