How to choose an amp suitable for your speakers?

An amplifier is one of the most important elements in our sound system. It’s got lots of parameters, which should be taken into account while choosing our options. However, the solution isn’t always so obvious, which makes it even harder for us to choose something, and for producers to offer only the best possibilities. What should we really look into? 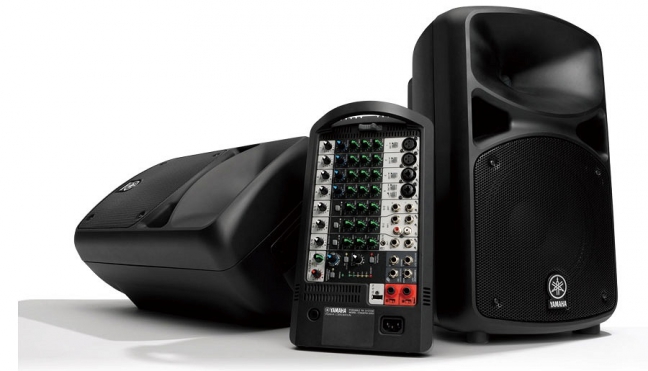 In real stage settings devices like that are used only occasionally, seeing as it’s not really practical. Moreover, if we use a power mixer in the role of a preamp to simply have our hands on everything we need, we still need a separate piece of gear that will solely strengthen the signal and make it audible to listeners.
Unlike the amp itself, this kind of equipment has usually got just the chain input, power switch, and a speaker output, with no preamp whatsoever. We can simply divide those two pieces of equipment just by their look and body, noticing how there’s a huge difference between the number of different elements that serve to adjust the parameters etc. 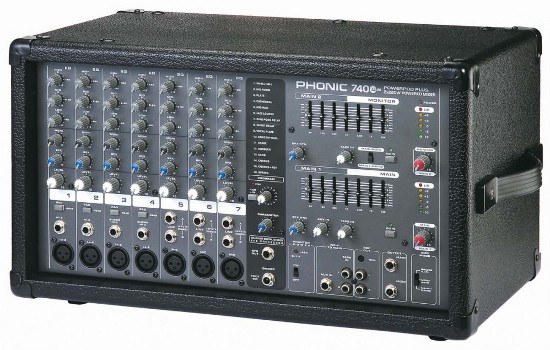 How to choose a good audio power amplifier?
I’ve already said it’s really not easy. We should mostly lead our choices by the parameters of the speaker that will eventually work with the gear. We should select it so its power would be equal to the speaker, if not even a bit bigger. We should never have less power in our power amplifier though.

The truth is it’s easier to damage the speaker with not enough power, than with too much of it. It happens that way because if we play on the top abilities of our equipment, it might distort the sound, seeing as the speaker won’t be able to give out what it’s able to due to the lack of power it absorbs from the element that is supposed to strengthen the signal. The speaker wants more and more, and the power amp with less power can’t supply it with it that well at all. Another issue of having not enough watts being sent to the speaker, is a huge amplitude of membrane’s inclination.

Also, take notice of what kind of impedance should be adjusted to a given piece of gear. What if you buy a power amplifier working with 8-ohm impedance, and then 4-ohm speakers? They simply won’t work as it’s recommended, and will quickly get damaged. Therefore, speakers come first, and then the rest, meaning a power amplifier with enough power and adjusted minimum impedance.

Does a brand matter? Obviously, yes! At the beginning if you can’t spend too much money on equipment, it’s probably a good idea to buy a national product produced in the country. Maybe the design and its power won’t be satisfying, but it really is a good solution.

The design is also very important. Power amplifiers used on stage, due to being transported and carried from place to place, should be tough and durable, for example made of at least 2mm thick metal sheet.
Check what kind of protection and safety barriers does the gear have. A ’protect’ diode is one of the most important things – in 90% of products when this thing lights up it disconnects the speakers, protecting them from static electricity, which might be dangerous for them – even if we’re equipped with safety valves, and the speakers are 4 or 8 ohm, it might be too slow for a proper reaction, therefore we can simply burn a piece of our speakers.

Another thing is a ‘clip’ diode, which indicates when the sound gets technically distorted, meaning when the signal goes past the appropriate level. It’s revealed with unpleasant noises like creaking. This state is harmful, especially for high tone speakers, which really don’t like going through creaking sounds and get damaged by the distortion. Not mentioning the sound quality that we get that way.

Amp parameters that we should look into
The most important aspect is its power – it’s a numerical value of its rated load, which should be presented as RMS, since it’s the constant power that a given amp would be able to produce while it’s on even for a long period of time. Other kinds of power are not taken into the account, for example musical power is not important.

The bandwidth is also key. It determines the minimum and maximum frequency of the signal at its output. Noted it should be also declared with the signal amplitude decrease, where good gear should have this parameter set between the frequency level of 20Hz – 25kHz.

Distortion – in our case we’re interested in values not exceeding 0,1%.

What’s also really important, is power consumption. For example with an amp 2 x 200W it should measure at least 450W minimum. If the producer advertises the equipment with having a lot of power, but at the same time doesn’t fulfill its job within power consumption levels, there’s something wrong and means that the parameters are probably over-hyped and false. We shouldn’t buy such products for sure!

If you’ve been careful throughout reading this article, you’ll also remember to check the rated impedance of the amplifier. The higher class of an amp, the lower impedance it is suitable for.

Remember, a good piece of gear needs to have its weight too! And why? Just because the heaviest parts of the equipment are actually the ones that have the biggest value deciding upon some of its serious parameters. That’s for example the transformer (50-60% of the overall weight), electrolytic capacitors and radiators. Most of those are at the same time most valuable parts price-wise. It doesn’t apply to Class-D amplifiers, which are based on impulsive power supply source. The lack of a transformer stands for a much lighter weight, but they’re still far more expensive.

Conclusion
This article is pretty basic and mostly serves you with info on a beginner level, that’s why it’s taken in a slightly simple way of putting it out there, and I’m sure that after a careful revision of this text you won’t find any trouble looking for what you need on the market. Remember to hold your decisions responsibly, and be wise choosing the right gear, it’s going to be accountable for many good and trouble-free events in the future.

JBL PRX ONE a sound system with mixer and DSP

JBL PRX ONE a sound system with mixer and DSP

JBL EON ONE Cover pokrowiec transportowy do EON ONE

JBL EON ONE Cover pokrowiec transportowy do EON ONE