What affects the sound of an instrument?

Faulty accessories
In most cases, the wrongdoers in such scenario of losing clear sound, are old strings. Depending on their brand, as well as the intensity of your practices, you should try to exchange the strings around every 6 months. The sole fact that a given string hasn’t broken yet, is not enough to state it’s still in good condition. Strings simply get worn-down, lose their clarity, start to buzz, the sound becomes more metallic, and it gets difficult to reach out for good tone or correct intonation. If the strings aren’t old, yet we still don’t like the sound, it’s worth rethinking your choice, and perhaps try out some more expensive sets – it’s possible you’re getting skilled enough to stop being satisfied with basic materials for beginners. It’s also quite possible the strings might get too dirty, and it prevents them from sounding neatly enough. It’s a good advice to clean your strings with a dry cloth after each time we use them, and once in a while, clean them more thoroughly with some spirit, or some specifically designed cleaning-products.

A bow is also another very important element. If the sound coming from your bow becomes stale, it’s worth checking if the colophony you used to rub into the horsehair in your bow isn’t dirty, or just old, as well as if the horsehair itself is still usable. The horsehair shouldn’t be used for longer than a year, as it loses its gripping abilities and stops vibrating the strings in the right way.

If the horsehair’s still fine, we should take a closer look into the condition of the bow’s tip, as well as the frog, which adjusts the near end of the horsehair. If those elements carry any cracks or damages, we should also turn to a violin-maker for some help. 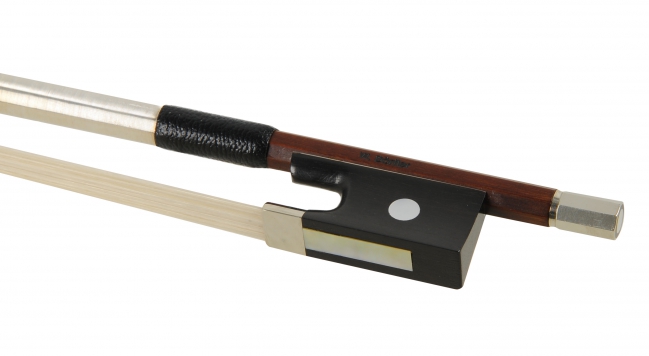 Inaccurate assembly of the accessories
Very often the cause of any unwanted buzz stands with our own incorrect assembly of new parts or accessories we buy. We need to take a closer look if the chinrest is attached securely to the tailpiece. We shouldn’t screw it in with our full force, but if it’s too loose, it might as well be our reason why the violin creates some unwanted sounds.

Next thing concerning the chinrest is its placement. We have to check if its bottom side doesn’t touch any wrong parts of the instrument, especially while we push it with the weight of our head. If two parts of the instrument end up touching each other in such scenario, we might start hearing some disruptive side sounds. We should also remember about giving our fine tuners a closer look, seeing as their base (which touches the violin’s bridge) might be loose, and that way, bring us more noise. The bridge has to be adjusted well enough too! If there’s anything wrong with its placement, it flattens the sound and doesn’t let the strings send the vibrations to both sides of its soundboard. 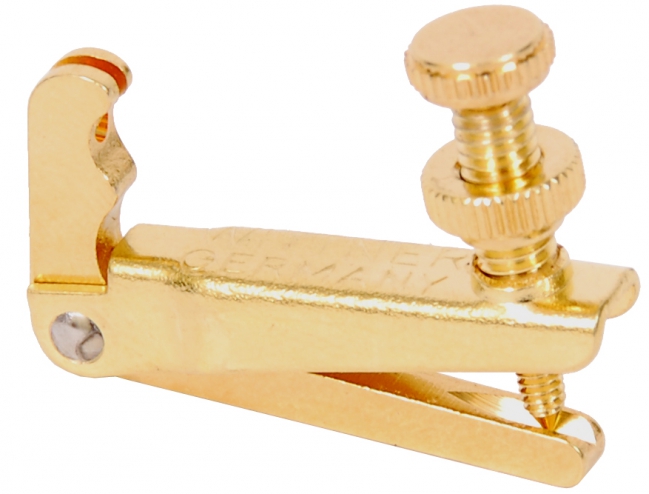 The general technical condition
After we check all the aforementioned elements, and we still can hear something’s wrong, we should look for the reason in the sound box itself. It’s obvious we always have to check the general condition of an instrument before we buy it, but it’s clear we might as well miss out on a small detail, that would eventually start messing with our sound. First of all, we need to check if our violin doesn’t come apart or if some elements aren’t unglued. The most common element to unglue itself is the waist. To control that we can gently try to move the upper and bottom side of the instrument at one of the C-bouts in the opposite directions or try to press it from the side. If we notice that the wood is unstable we should contact a violin-maker as soon as we can.

Another way is just to tap the wood of the instrument lightly around its body. The place which could be unglued would eventually make a different tapping sound, it gets to be emptier. We also have to look carefully for any cracks or flaws, and if it’s needed a specialist can examine any of those to state if they’re harmful or not. Sometimes the instrument can be infested with some of the smallest mean creatures like woodworms. Then it’s necessary for the violin-maker to fix the situation.

It’s very common for a new instrument to change its sound after a few years of its usage. It can happen even after around 3 years since the day we buy it, and it might change both for better or worse. Unfortunately, that’s the risk with new instruments, its wood is going to work with all the movements on the way and the violin-maker would never be able to assure us if its sound might stay the same or not. If we check for all of the possible faults, and our violin still produces buzz or doesn’t sound clear, it’s best for us to handle it to a professional so they could diagnose the problem.

Presto Violin Strings 1/2, Strings made ​​of a steel core that is chosen with regard to extensibility and stability of (...)

Geipel Alaska Quality rosin from Walter Geipel. The composition of the rosin is always quality-controlled and tailored to the requirements (...)