Different types of connectors – how to tell them apart?

It’s very often we’re in a situation where to join together a piece of some equipment we need cables, which have different and unknown plugs. When we stumble upon more popular plugs, like cinch or jack, there’s no problem in identifying those, however, there’s a few rare connectors, which aren’t so well-known.

BNC
Visually this connector is characterized by oval construction with a screwed on and blocked plug, as well as with a bolt inside of it. Thanks to this it’s really resistant to interference. Very often used with a concentric cable within systems of audio-video transmissions, and in radio telecommunication. In the past also used with computer network, but now supplanted by RJ plugs and a popular stranded connector called twisted pair. It can be found in two versions: 50 ohm, and 75 ohm. 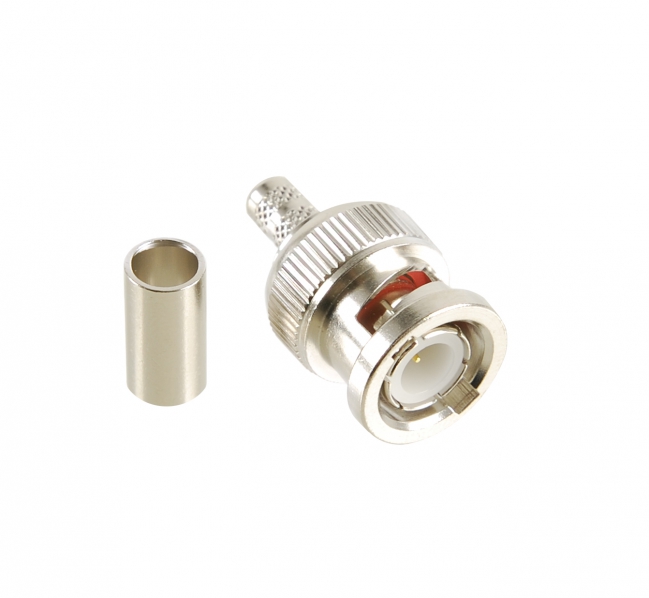 Powercon
A connector used to plug in mains power supply. It looks and works nearly the same as Speakon. Its best virtues are: a blockade, huge current carrying capacity, exchangeability. We have two different types of those: A and B. Type A (blue color) is used as a source of power. Type B (white color) is used to send the power further, meaning from one device to another, working as something like an extension. 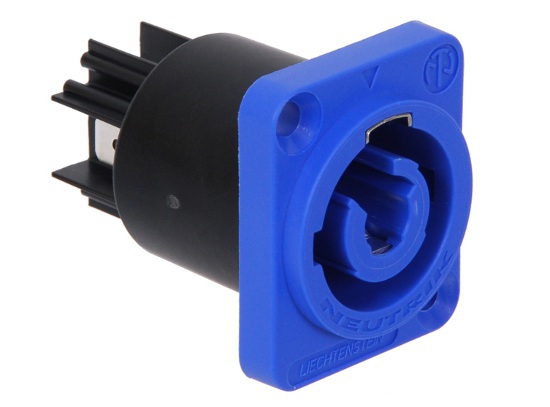 RJ
There’s a few types of this connector, albeit for the sole stage-usage we’re concentrated on RJ-45, which is also commonly used for home internet connection. Commonly used in pair with digital consoles or CD players. It’s got a blockade and an extra projection that wouldn’t allow for it to go inside a standardized section. Joined with a twisted pair it’s very resistant to interference. 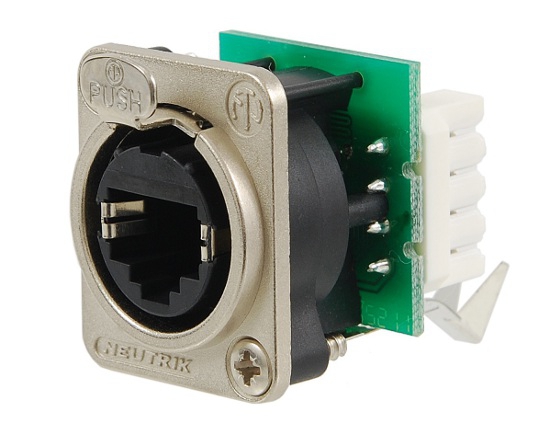 Multicore
Very often associated with a few or more cables connected into one, and it’s pretty much an accurate idea. However, we’re more interested in a connector, which uses a lot of different sections to connect things. Its best feature is this very ability to join a lot of different wires within one space, what allows to avoid any unnecessary tangle and confusion. 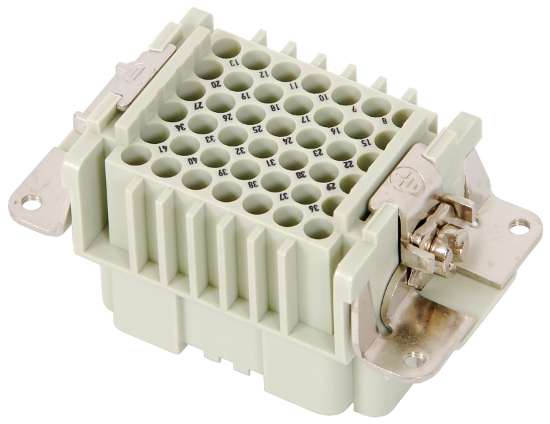 Which companies make good connectors?
Actually, there’s not much of higher philosophy here, if we’re about to use some connectors more often, we shouldn’t skimp on getting the right class products (for example by Neutrik, which have great reviews in general). However, if we won’t exploit the product as much, it’s fine to get something a bit cheaper (for example by Monacor).

To sum it up
Whenever you try to identify a given connector, always take a careful look to deliberately study its construction to avoid any mistakes. Look no further than to plugs used in Speakon cables, compared to Powercon plugs. Visually they’re nearly the same, but the practical application is vastly different. Some plugs differ with just tiny details, therefore I’d recommend to always pay your full attention when you look for something specific.

Neutrik NC3FXX-B 3 pole female cable connector with black metal housing and gold contacts. The next generation of the worldwide accepted (...)

Neutrik NP2RX-TIMBRE Right angle 1/4′′ 2 pole timbre plug. The characteristic sound of a guitar is influenced to a certain (...)